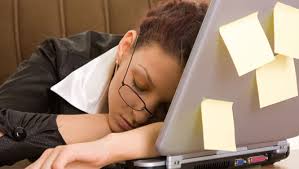 How many of you are working out 7 days a week?   This was a holiday weekend with Veteran’s day and it’s about the end of it.  I worked out Saturday but took off Sunday and today from working out.

Some of the fitness instructors want you to be there all the time with them, suffering with them, working out and not resting. My body said ENOUGH!  I don’t recommend eating bad all weekend either, but I understand!  It happens.  Well, since I didn’t work out… I had plenty of time to research on my diet.

This was my breakfast, this morning.  PBJ oatmeal which I got from fitness.com. Here’s the link to different ways to eat oatmeal.

I am still on cheat mode trying to break my diet plateau.  Anyhow, full on dieting tomorrow with six meals, protein and complex carbs, whole foods, the whole shebang.

I’ve been contemplating my protein diet and I’ve decided to add more veggies, and fruit. Although I have salad every evening, I’ve decided that adding a little more veggies, wouldn’t be a bad idea.  My diet is becoming somewhat of a hybrid.  It’s beginning to look a little Paleo.  Although I believe that the cyclical keto diet is fantastic, somehow, I felt that I am lacking some nutrients.

I’ve ultimately become lazy and egg has become my primary source of protein.  Let me tell you… I am so sick of eggs!  So I may be changing my protein source more often.  Maybe cook some chicken breast, bring some salmon and some tuna fish into the pic. AND I’m still keeping my cheat days!  I can’t live without those.  For some reason, I feel that I’m in diet world and then everyone else is living it up in fantastic food world.  Don’t get me wrong, there is great food that is healthy but I think I need to have those cheat days to keep me going.  I think most of you will understand.

So my new diet will consist of different protein sources and some veggies.

Veggies ( Well there’s a lot, so I’ll name some major ones):

Possible grains (I’ll have these on cheat days):

Steel cut oats, brown rice, sweet potato
Why am I changing it you may ask?  Several reasons.  First off, I’m truly bored.  Second, I’ve been reading about toxins and how a protein diet sometimes lacks vegetables.  It doesn’t have to, so I changed that by adding more veggies.

The other question is, am I capable of eating veggies just like that?  Well, maybe if I steam it.  I also thought about that and I bought the Jack Lalane Juicer Pro which turns out to be one of the best and affordable juicers around. (I get any money for saying this, just quoting what I read.)  I read some controversial things about juicing, but I don’t plan to eat only by juicing.

That would be so BORING for me, although very healthy for many.  Some dietitians claim that you don’t get enough of the actual fiber since the pulp is discarded when juicing.  Yeah, I can see that.  It doesn’t take a rocket scientist to figure that out.  The other part is not getting enough protein if juicing was all you were doing.  Yeah, I’m not a vegetarian … that won’t happen. Juicers claim there are many other sources of protein that you can add to the mix.

However, it wouldn’t be a bad idea to add it to your diet, especially if chewing some celery doesn’t exactly sound appealing to you.

Anyway, I’m a newbie at this juicing thing, so I’ll let you know how I like it.  I have a friend that does it and she has fantastic skin!  Don’t know if that’s from the juicing, or genetic or what but she looks great…

I’m excited about my new diet.  Diet’s don’t have to be boring… they could be very interesting.  It’s all up to you.