When I left for Puerto Rico on November 28th.  The timing couldn’t have been worse.  I caught an awful cold that was progressing to be bronchitis. At my job,  I had work up the ying-yang that couldn’t be completed, but the flight and hotel was booked.  I couldn’t have imagined being as sick as I was and still having to fly and land in the warm inviting climate of Puerto Rico.  My doctor before I left, was concerned about my health discovering that my breathing capacity was at only 45%.  He prescribed an inhaler that I was to puff two times a day morning and night, cough syrup for my bothersome hacking, and antibiotics.

I didn’t care.  The excitement of going surpassed any hesitations I had about going.  I was excited and ready.  As soon as we arrived, the climate was heavy and thick, but inviting.  As soon as I stepped into the open air, I saw lush green palm trees, and the warmth enveloped me.  It felt good. 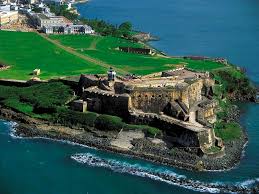 We visited El Morro and were fascinated by the history behind Puerto Rico meaning “Rich Port”. El Morro, representing a very impressive military structure  and fort built to protect the port of Puerto Rico in Old San Juan.  It took 200 years to build with its dungeons, moats, barracks and cannons.  The other fort to see in San Juan is the San Crístobal.  It also displays similar scenery but includes military clothing of soldiers and is also  a very impressive site.

If you can imagine calm clear waters, white sand and a secluded island… that would be Cubrelita.  If you look at the background of the photo, you could see how lush the island is.  Now, you probably wouldn’t be stranded on this island, but to swim there for several hours and snorkel is dreamy.  Apparently, there’s a well known larger beach called Cubrela where hundreds of tourists are visiting each day through boat or plane to visit.  I think the smaller beach in my opinion is more appealing, merely for its seclusion. 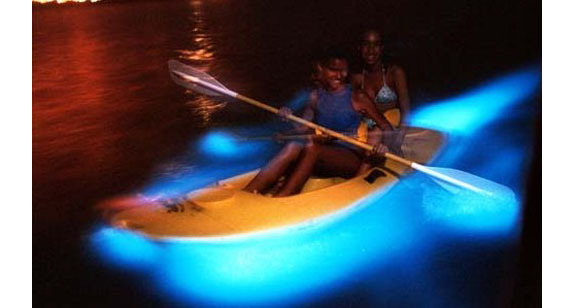 And of course the kayaking at night to see the bioluminescent Mosquito Bay.  Any form of movement either from your kayak or fish will demonstrate a glow that can only be seen at night.

The trip was filled with shopping, and eating Puerto Rican food.  The people, who preferred to be called puertorriqueños as opposed to Puerto Ricans, were friendly, helpful and very proud of their heritage and we were more than happy to learn about the culture, the food and its history.